I started out with one low-tech tracking solution and ended up with another one. Rather than spending hours of research to find a mapping app where I could automatically or manually track my progress, I started with a simple screenshot of Google Maps. After returning home from a walk, I used the Markup feature to draw lines on the streets I had covered. This last step was and remains so satisfying.

Although Google’s “My Maps” feature allows the user to do exactly that–draw lines on a saved map–I hit my limit with 20 lines. My Markup strategy was great for visualizing my project, but it wasn’t useful “in the field.” The version of my marked up map that I had in my phone was too blurry to make sense of on the small scale. Perhaps the original screenshot would have supported extreme zooming in, but after being edited and marked up so many times, it wasn’t a useful tool. A map with lines would have been, because I could see street names when I zoomed in, but this is what I had.

Another shortfall of the screenshot technique was that Cambridge is big! Although I was sure that this area would cover my initial interest, key neighborhoods are missing. I ended up having to start new screenshots for Cambridgeport, West Cambridge, and North Cambridge.

Since I only had my memory plus a tiny blurry screenshot to know what I’d covered, I started planning my walks in advance. These took one of two forms:

This strategy felt fun and old-school. I did make some mistakes with left and right, since I was writing these out looking at a map without changing its orientation.

2. Plotting points using My Maps and following them in order: 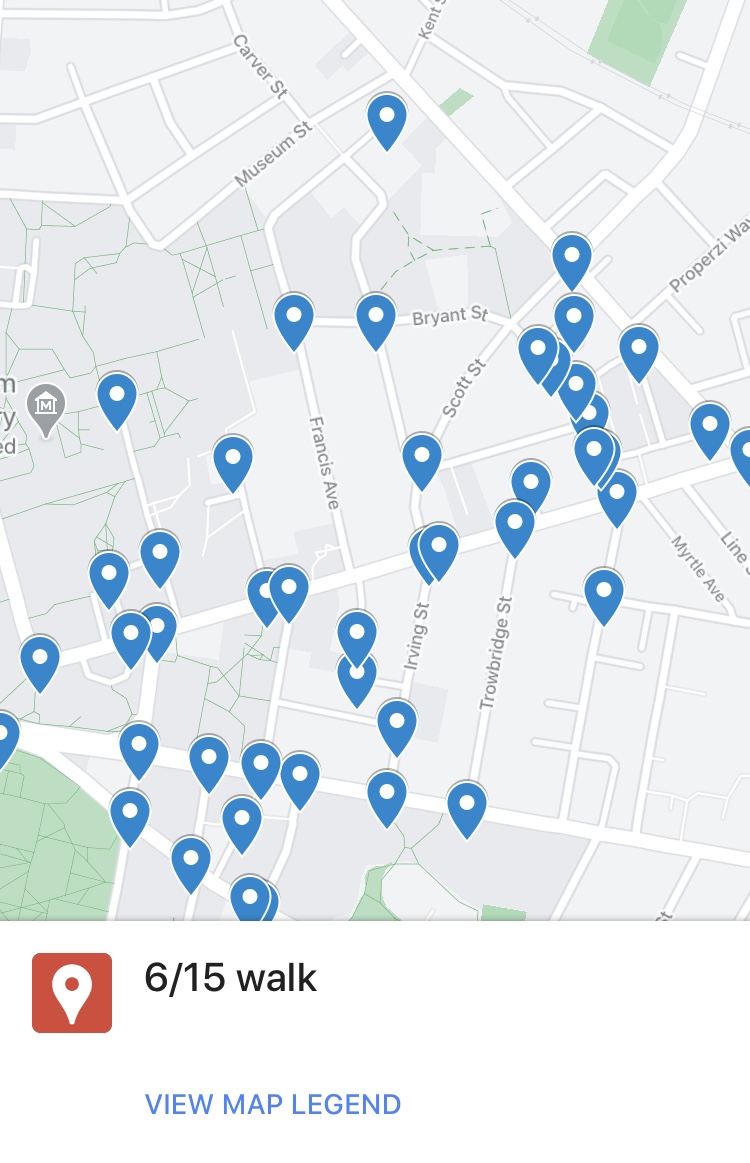 This was nice because I could visualize where I was headed on the map, but randomly clicking dots until I found the next one got old. Also, this strategy made it hard to adjust the plan while I was out and about.

It soon became clear that the solution that would enable me to keep track of my territory both at home AND in the field would be a good old paper map. Once I thought of it, I had a surprisingly hard time finding one. I enlisted the help of the Cambridge tourism board and Chamber of Commerce as well as the Harvard Bookstore and Porter Square Books. The tourism board came through with some online resources (including this map by Zip Code which helped me take organizing up a notch!) and Porter Square Books secured me an up-to-date map of greater Boston that included Cambridge. Cambridge was quite small on that map though, so the solution came from my friends in Watertown who used to live in Cambridge: an outdated but perfectly sized map of just Cambridge.

This was perfect. I could carry it with me to see where I was going in relation to where I’d been, set goals, and enjoy the catharsis of using my blue marker to track my walk when I got home. Since it’s paper and ink, it is susceptible to the elements, and although I was careful in the rain, it had an unfortunate run-in with my leaky water bottle that caused some problems. I suppose the lived-in look is part of the charm!

Finally, to ensure accuracy, I turned on the tracking feature of my Fitbit. When it was time to draw the lines, I matched the route on the Fitbit app. Not every walk has Fitbit data, since for my pre-planned ones I mapped them after by following what the plan had been (assuming I hadn’t deviated from the plan), and because the tracking drains my phone battery so for some walks I lasted longer than my phone did!

Admiring the map is one of my favorite post-walk activities, and I feel great pride in watching the blue areas grow. I can’t wait to hang it on my wall when I’m done! 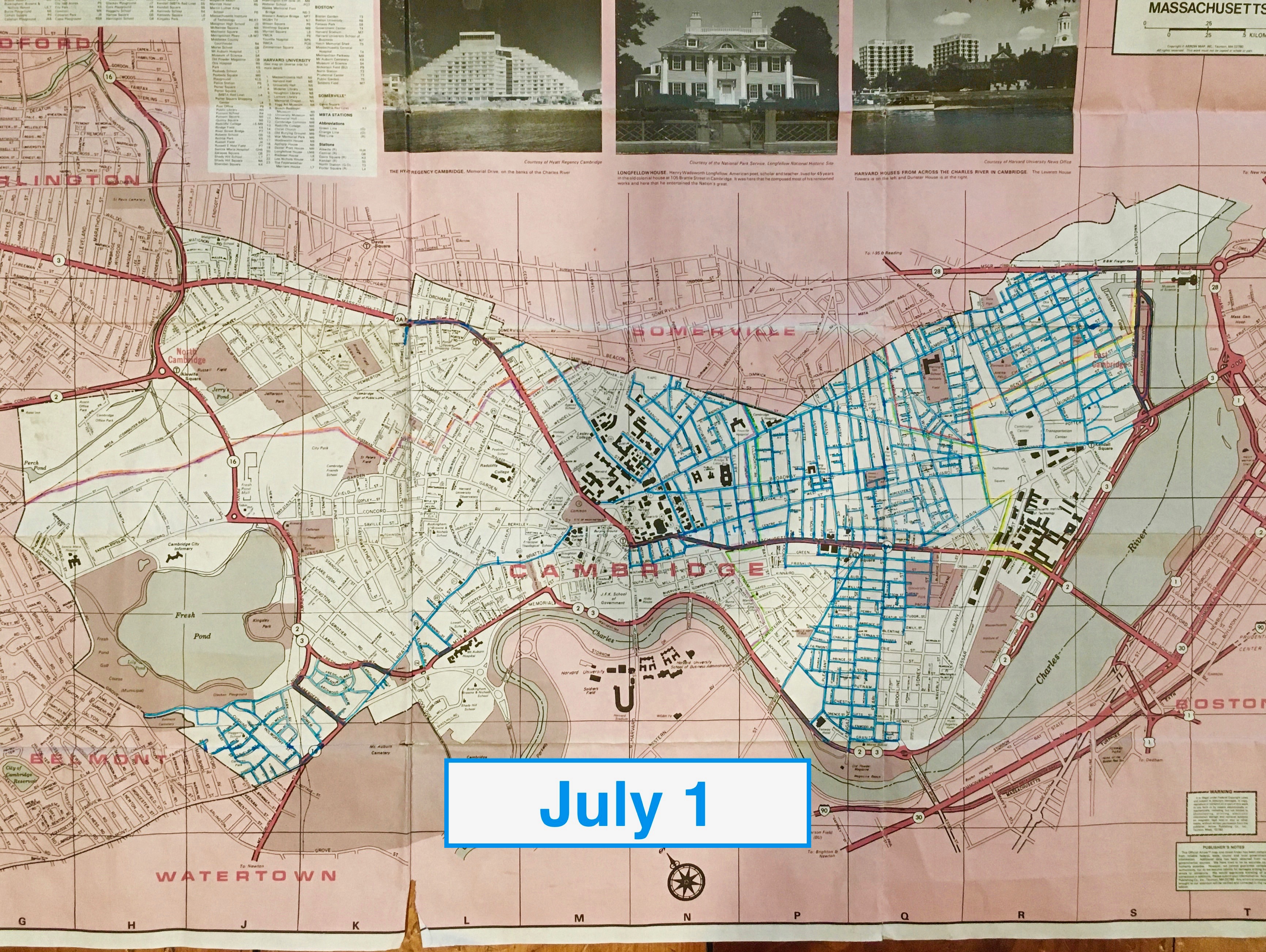